LivingDNA - One World One Family - Scotland

LivingDNA have finally launched their One World One Family DNA project and it includes Scotland!

I was involved with helping bring together aspects of the Scotland project and many of you will be pleased to see that the country is now divided up into 20 regions.  These are roughly based on current administrative areas simply so that individuals submitting the birthplace of their four grandparents  for the research aspect of the project can be accurately mapped. 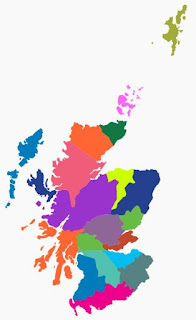 Their publicity material for the project states:

"This 5 year initiative will analyse people’s DNA results from around the world allowing them to see for the first time, where they fit on the One World Family Tree, which will show people how we are all related if you go back far enough in time.
By using proprietary technology, artificial intelligence and machine learning, the project will see tens of thousands of computers working together to identify distinctive and shared patterns in people’s DNA. Over time, Living DNA will be able to produce the most detailed genetic map of the world, enabling people to explore both their modern ancestry and ancient migration patterns."

How can you get involved?
Anyone can join the project and help build the tree by visiting www.livingdna.com/onefamily. People who have already done a DNA test with another company can upload their results and take part for free.  Others can join by taking their own Living DNA test.  All existing Living DNA members will have the opportunity to join the project for free.

In addition, any new DNA testers that have four grandparents born within 50 miles of one another will receive a special discount because their results will help us create in-country regional mapping. No data from anyone joining the project will be sold. This part of the project builds on the Irish and German regional research projects and we would like to thank everyone who has taken part and we are looking for more participants.

If your grandparents are from another country in the world there may well be a project available:
https://www.livingdna.com/one-family/research

LivingDNA will also be launching a DNA matching facility which is in the final stages of testing.  They are aiming to get this live by the end of the year.
Posted by Alasdair Macdonald at 11:05 11 comments:

Partition: Legacy of the Line (including use of DNA testing) 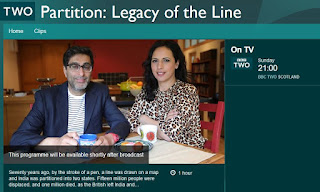 Throughout August the BBC is marking the 70th anniversary of the Partition of India, bringing to life the personal stories behind this historic event.

I watched the BBC documentary My Family, Partition and Me: India 1947 (part 1) last week.  It was a moving and at times disturbing story of how communities and were torn apart and families uprooted from their ancestral lands.

This coming Sunday (13 August) at 9pm BBC 2 Scotland will be broadcasting, Partition: Legacy of the Line

It follows Sanjeev Kohli and Aasmah Mir whose families settled in Scotland after 1947.  They explore the stories of individuals caught up in these momentous events, beginning with their own fathers who lived on opposite sides of the line of Partition in the Punjab.

The preview text for the programme highlights, 'As one of the strongest themes to emerge is that of difference, Sanjeev and Aasmah decide to take a DNA test to see just how genetically different they are from one another.'
Information about the programme can be found here http://www.bbc.co.uk/programmes/b091zd6j

The DNA testing was undertaken with LivingDNA a British company.  The test can be ordered through this link: Order Living DNA test
Posted by Alasdair Macdonald at 13:40 7 comments:

Genetics and Genealogy: what’s it all about? (Seminar) 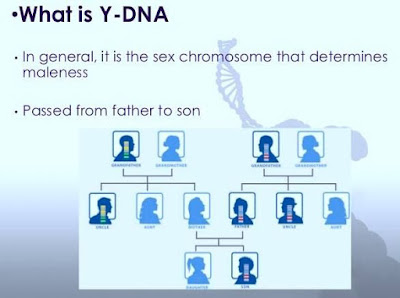 The Genealogy Team in CLL are at the forefront of researching the use of DNA profiling in tracing ancestral connections. Genetic genealogy is now the fastest growing area within the family history and ancestral research sector with several millions of individuals now tested. This talk will explain the use of DNA testing to research your family tree and how it can help to reveal your deep ancestral origins.  It will explain the various tests and provide insight into recent findings especially with regard to Scottish clans and families.

Posted by Alasdair Macdonald at 16:59 4 comments:

An ancestry DNA test like no other, Living DNA can reveal more detail about your ancestral origins than ever before.  The test can be taken by both men and women and provides information on your family ancestry and origins.  Your DNA will be compared to 80 worldwide regions including 21 regions in the British Isles.  The proportion of DNA from each region that has been inherited will be recorded, providing evidence of the origins of your ancestors.

Do I have Scottish DNA?  How much DNA do I have from Ireland?
Previously only a Y-DNA test, used for surname research could specifically link a male to a region or area within the British Isles at a point in time.  As women don't have a Y-chromosome they could not even take that particular test.  Living DNA's new test overcomes this hurdle by analysing a different type of DNA.  Based on data derived from the People of the British Isles Project and supplementary research your bio-geographical origins within the British Isles will be explored using DNA inherited from both your parents.

The Living DNA test - 3 tests in 1
The test will also show your mother-line ancestry and, if you are a male, your father-line ancestry as well.  DNA from the mother-line is inherited by children, both male or female from their mother. However it can only be passed to the next generation by a mother not a father.  Therefore mitochondrial DNA can be used to track the ancestral origins of the direct mother-line back into history.  Similarly, the Y-chromosome is passed by a father to his sons, who pass it to their sons.  It therefore can be used to trace the ancestral origins of the direct father-line.

No subscription
Unlike some competitors, there is no subscription to access your results and your lifetime ancestry membership means that as Living DNA research is refined, your results will be updated with more detail at no further charge.  Living DNA will put your results into context, allowing you to explore your ancestry at different points in history.

You can order your Living DNA test through this link ORDER MY LIVING DNA TEST (or click on the image below).

Posted by Alasdair Macdonald at 19:02 2 comments:

Alasdair Macdonald
Edinburgh, Scotland
I work as a professional genealogist in Edinburgh which is an ideal location to access some of Scotland's national archive collections. I am a Genetic Genealogist and Scottish representative for Family Tree DNA, world leader in DNA testing for genealogy. Their kits can be bought via my website. I am a Teaching Fellow in the department of Genealogical Studies at the University of Strathclyde, Glasgow. Born and brought up in Edinburgh I have been researching and exploring my roots throughout both Highland and Lowland Scotland for thirty years.

Use DNA to further your research